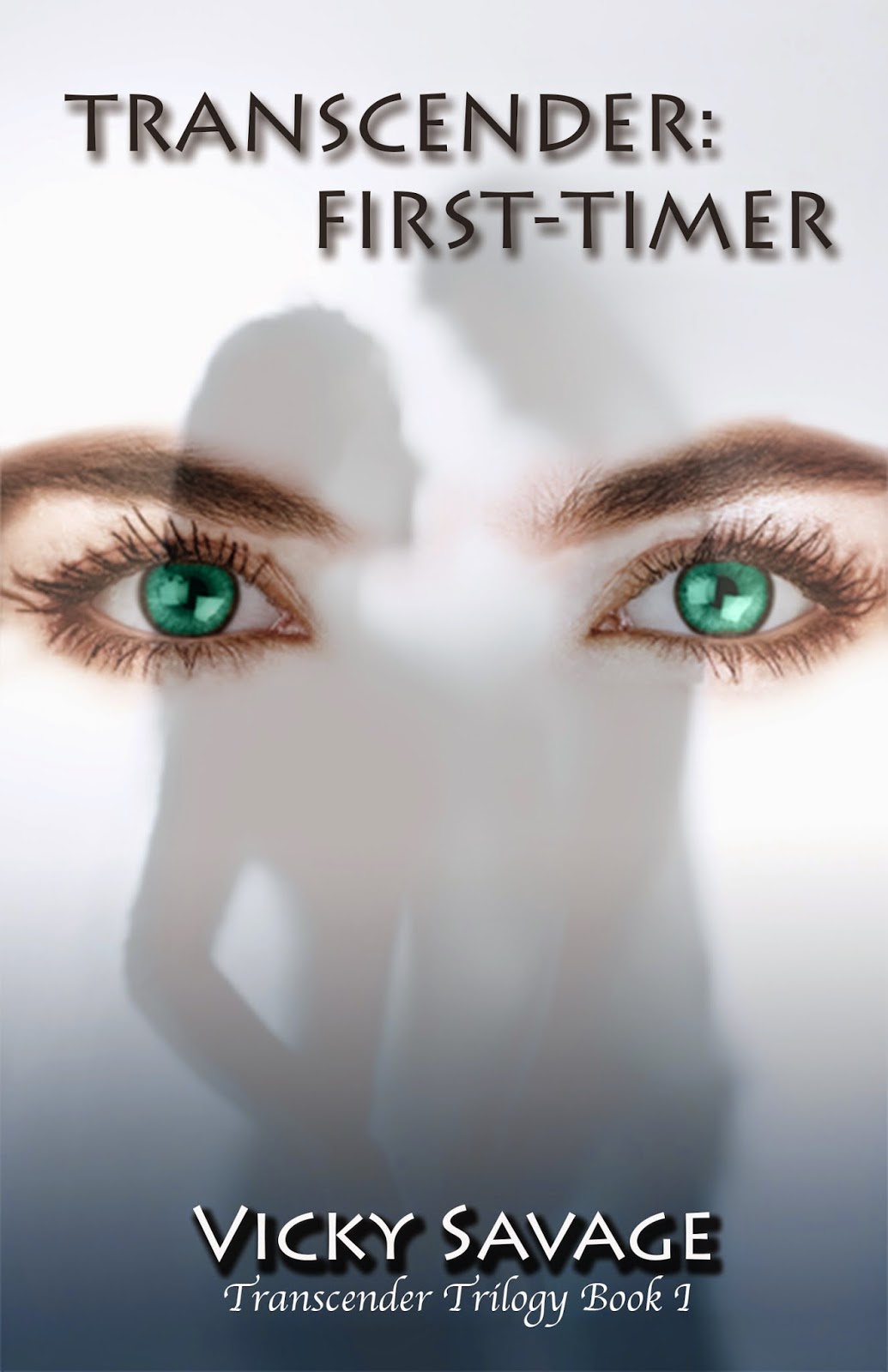 Suddenly plucked from her quiet Connecticut life and dropped into a post-disaster parallel world where most of the earth's population resides in enormous domes, eighteen year old Jaden Beckett lands in the middle of a kidnapping—her own!

Undercover Agent Ralston of the Inter-Universal Guidance Agency helps Jaden escape from her captors and promises to return her home as soon as he can arrange it. But he conceals from her the fact that she is really a Transcender, capable of traveling among alternate worlds at will. While waiting for passage home, Jaden assumes her parallel identity as a princess in the nation of Domerica. She discovers her mother is alive in this world—a miracle she never dreamed possible. But perhaps even more compelling is her blossoming, breathtaking romance with Ryder Blackthorn, her once and future soul mate.

When it comes time for Jaden to leave, she flatly refuses. IUGA claims the welfare of the entire galaxy depends upon her timely return. Jaden contends that, in this case, eternal love trumps destiny. Who will prevail? Jaden Beckett makes the journey once again from her home in Connecticut to the nation of Domerica on an alternate earth. The Inter-Universal Guidance Agency has granted her thirty days within which to choose her ultimate destiny. She may remain in Domerica, return to Connecticut, or join the other Transcenders in Arumel.

On her arrival, Jaden finds that all is not perfect in paradise. Her mother, Queen Eleanor, is ill and grows frailer with each passing day. Her scheming uncle has moved into the palace and assumed the role of Lord High Steward of the land. But even more troubling are events that took place in Jaden’s absence which have caused her to question the depth of her fiancé’s love.

All the while, Jaden's friendship with a handsome, young Transcender from Arumel deepens. He teaches her how to use her astonishing gift to travel to exotic parallel worlds and introduces her to others in the Transcender community.
When the time draws near for Jaden’s final decision, her choice is anything but simple. 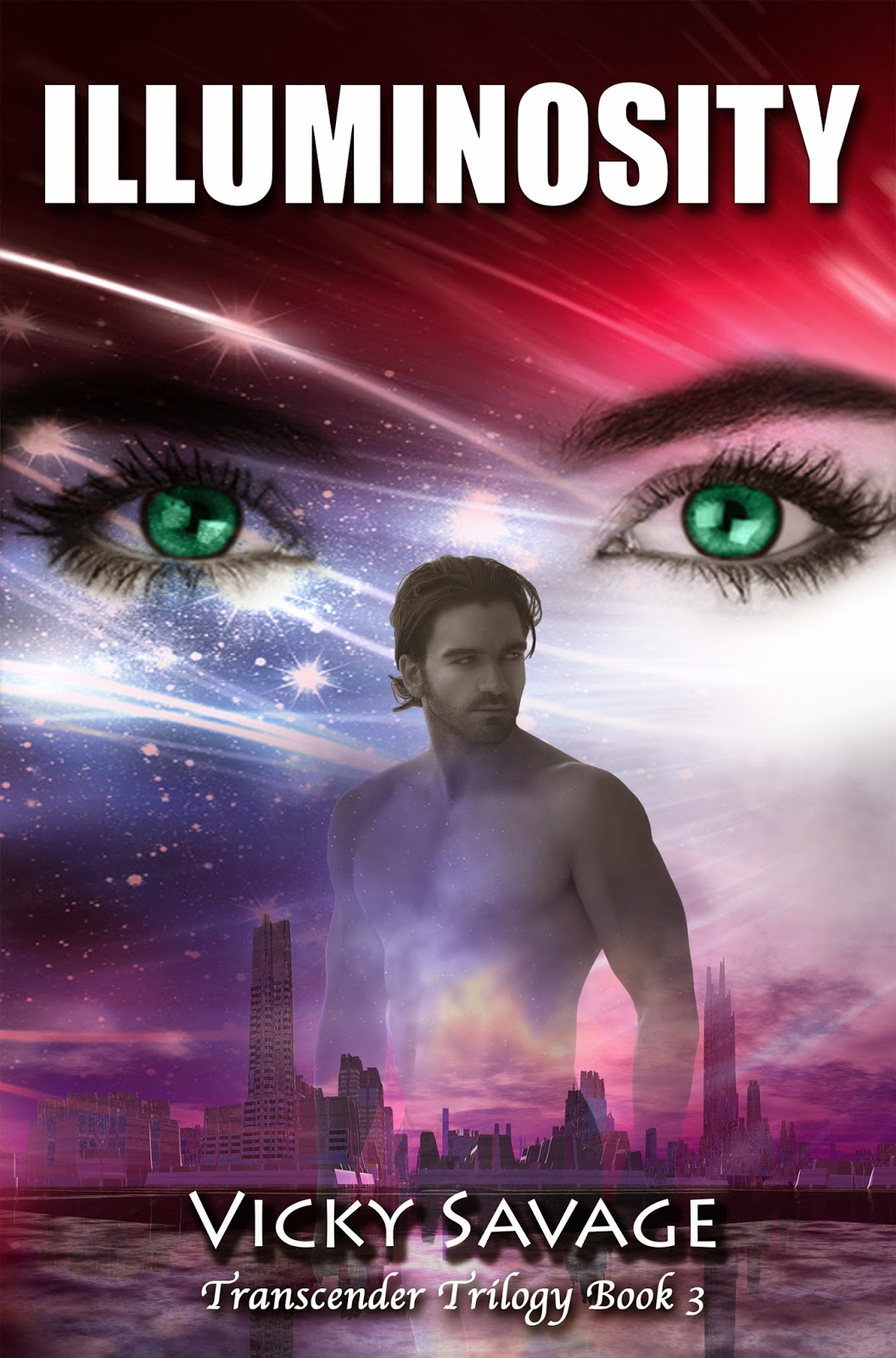 Jaden Beckett has a secret unknown to those in her adopted homeland of Domerica: she is a Transcender, capable of traveling among parallel worlds at will. When the powerful Inter-Universal Guidance Agency's sophisticated computer models predict that Jaden will eventually cause the downfall of that agency, IUGA decides to destroy her first. In order to save herself, her family, and the man she loves, Jaden must fake her own death and leave Domerica for good. The plan seems sound, but on the day of IUGA's attack, things go terribly wrong.

Heartsick and alone, Jaden ventures to Arumel, a progressive nation on an alternate earth, where Transcenders conduct valuable inter-universal research. Just when she thinks she's found a safe, new life, IUGA makes its presence known. This time, Jaden is determined not to be driven away. She will fight to discover her place in the multiverse, the true meaning of destiny, and the keys to the mystery of eternal love.

Personality-wise, which character from the Transcender Trilogy are you most like? Take the quiz below to find out!

1. You discover that someone at work or school is planning to sabotage a presentation you’ve worked on all year, what would you do?

(a)    Confront the person and demand they abandon their plan, or else...
(b) Devise a way to secretly modify your presentation so the scheme will fail.
(c)    Work behind the scenes to outsmart the culprit and have the scheme backfire on him.
(d)   Go to your boss or teacher and tell them what you discovered.
(e)    Let the air out of the person’s tires on the day of your presentation.

2. Of the following, which is your favorite movie?

3. In one word, how would other people describe you?

4. Which comes closest to the way you would describe yourself?

5. What type of pet do you have or would you most like to have?

6. Where would you most like to go on a Saturday night?

7. Of the following, what is your favorite food?

8. What kind of car do you own or would you like to own?

9. What kind of clothing do you prefer to wear?

(a)    I don’t think about it much--whatever’s in my closet is fine.
(b)   Italian designer apparel, and preferably with a hat.
(c)    I’m comfortable in anything from yoga pants to black tie attire.
(d)   Jeans and a leather jacket.
(e)    Anything Boho chic

10. Of the following, what would be your ideal job?

(a)    CEO of my own entertainment company.
(b)   Advisor to the President of the United States.
(c)    Head of a community service organization.
(d)   Travel book writer.
(e)    Sharpshooter in the circus.

If the majority of your answers were (a)’s: You are imaginative, powerful, eco-conscious, and generally unconcerned others’ opinions of you—similar to Ryder Blackthorn.

If the majority of your answers were (b)’s: You are intellectual, cultured, a little fussy about your clothing, and steadfast in your convictions—similar to Constantine Ralston.

If the majority of your answers were (c)’s: You are courageous, daring, adaptable, and concerned with social justice—similar to Jaden Beckett.

If the majority of your answers were (d)’s: You are cool, accomplished, up-to-date on current trends, and a faithful friend—similar to Asher Steele.

If the majority of your answers were (e)’s: You are exuberant, fun-loving, a little eccentric, and definitely one-of-a-kind—similar to Eve.

Vicky Savage grew up gazing upon the beauty of the Wasatch Mountain Range right outside her family’s kitchen window. She thought the Rocky Mountains would always own her heart, until she moved to sunny Florida for law school and instantly fell in love with the ocean. Her passion for new adventures and exotic locales led her on a circuitous path to writing science fiction/fantasy about strange new worlds and parallel universes. Although she has lived in seven different states and London, England, the siren call of the ocean always brings her back to her beloved Florida, where she currently lives with her husband, son, and two dogs.

Giveaway:
(this giveaway is provided by tour host, I am not responsible for mailing/giving out any prizes)

a Rafflecopter giveaway
Posted by Unknown at 9:14 AM