How to Seduce a Band Geek by Cassie Mae (Blog Tour) 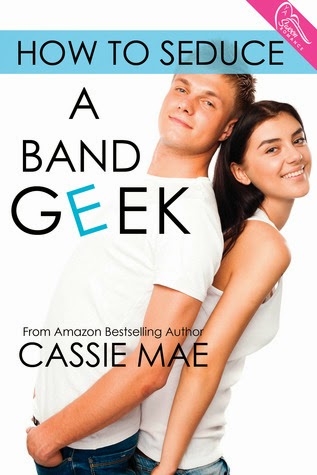 Sierra Livingston’s got it bad for her sister’s best friend, Levi Mason—the boy who carries his drumsticks in his pocket, marches with the school’s band, and taps his feet to whatever beat runs through his head. Sierra racks her brain for ways to impress the sexy drummer, but the short skirts and bursting cleavage don’t seem to cut it.When Sierra gets paired with Levi’s sister, Brea, for a mentorship program, they strike a deal. In exchange for Sierra keeping her mouth shut about Brea ditching the program, Brea lets Sierra dig for more info on Levi to help get the guy of her dreams.But when Sierra discovers Levi no longer plays the drums, his family has moved into a trailer, and he’s traded in his Range Rover for a baby blue moped, Sierra’s not sure if she can go through with violating his privacy. She’ll have to find the courage to ask him straight out—if he’s willing to let her in—and explore other ways to seduce the school’s band geek.

Cassie's books always make my cheeks hurt by the time I'm done. This book was just freaking adorable and filled me with all the happy feels. It is definitely a book that I would pick up on a bad day just to lift up my spirits. I really don't think anything I write can do it justice but I will try. :) 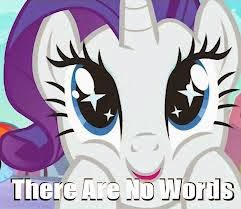 I really didn't think after HOW TO DATE A NERD that I could find another nerdy little couple that I would think we're absolute perfection...boy was I wrong! Sierra and Levi are the cutest ever! Her with all her rambling awkwardness and the way she puffs out her cheeks when she's nervous, and him with his piccolo and scratching his nose when he's nervous. Match. Made. In. Heaven. I love the slow build for their relationship and how they had this crazy chemistry but took their time and didn't just jump into anything. Let me just say...EPIC first kiss. EPIC.

While Sierra and Levi's relationship was one of my favorite things about this book, the book also focused on Sierra becoming comfortable with who she is and just being herself. Sierra has to deal with a quite a bit of mockery at school and I thought she did a pretty good job of basically ignoring it. (Even though I really was screaming "Girl, shove that donut in her face!") She grows quite a bit in this book and I enjoyed seeing that journey.

Two of Sierra's friends that I want to mention are Adam and Sydney. They are also social outcasts and that is something that has brought them all three together. I adored Adam. I really hope there will be a book about him coming soon! He is such a great friend to Sierra and had her back so many times. Sydney on the other hand I simply could not stand. This girl does some things that made me want to reach through the book and throttle her, seriously.

I was super excited to see Zoe and Zak quite a bit in this book. I love that we got to know a little more of what happened to them and what their future holds. Sierra and Zoe's relationship has definitely evolved since HtDaN and I love how they are now. Zoe helps Sierra out quite a bit and I love how Sierra tended to turn to Zoe when she needed advice about things.

This is definitely another hit from Cassie Mae and I can't wait to read whatever she writes next! I majorly recommend this book for anyone who wants to have a smile put on their face.