***I received an eARC copy of this book from Edelweiss via Little, Brown & Company in exchange for an honest review 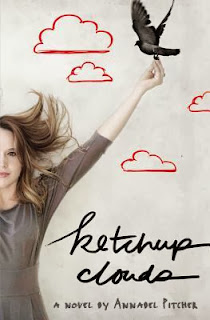 Dear Mr. S. Harris, Ignore the blob of red in the top left corner. It's jam, not blood, though I don't think I need to tell you the difference. It wasn't your wife's jam the police found on your shoe. . . . Zoe has an unconventional pen pal-Mr. Stuart Harris, a Texas Death Row inmate and convicted murderer. But then again, Zoe has an unconventional story to tell. A story about how she fell for two boys, betrayed one of them, and killed the other. Hidden away in her backyard shed in the middle of the night with a jam sandwich in one hand and a pen in the other, Zoe gives a voice to her heart and her fears after months of silence. Mr. Harris may never respond to Zoe's letters, but at least somebody will know her story-somebody who knows what it's like to kill a person you love. Only through her unusual confession can Zoe hope to atone for her mistakes that have torn lives apart, and work to put her own life back together again.Rising literary star Annabel Pitcher pens a captivating second novel, rich with her distinctive balance between humor and heart. Annabel explores the themes of first love, guilt, and grief, introducing a character with a witty voice and true emotional resonance.

When I first saw the synopsis I knew I HAD to read this book. It was such an intriguing story line where a teenage girl confesses murdering someone to a man on death row. I was leery of the book being written in the form of letters mainly but it actually turned out really well. I would highly recommend this book for any reader that loves YA and looking for a quick, gripping read.