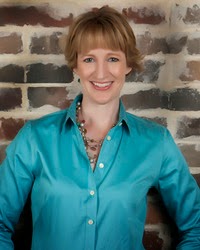 Aven Ellis has been writing fiction since she was sixteen. She studied communications at a large Midwestern university, and after graduation, Aven worked as a reporter for a community newspaper, followed by a stint at a public relations agency. But writing about city council meetings and restaurant franchises was not as much fun as writing for young women trying to figure out their careers and potential boyfriends. So Aven got herself a job in television that allowed her to write at night. Connectivity is Aven’s debut novel; Waiting For Prince Harry and Chronicles of a Lincoln Park Fashionista (New Adult romantic comedy) will be published next year.Aven lives in Dallas with her family. When she is not writing, Aven enjoys shopping, cooking, connecting with friends on social media, and watching any show that features Gordon Ramsay. 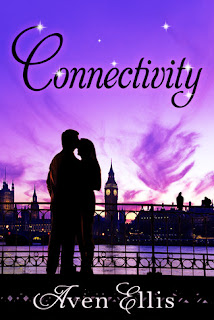 Overachiever Mary-Kate Grant (who is indeed named after an Olsen Twin) has followed every rule to the letter to pursue her dream of working in TV programming. Ripping a page from the “hard work pays off” playbook, she takes an assistant level job at a Chicago sports network to break into the industry.MK has no time or desire for a relationship right now—she is totally focused on her career and being independent, unlike the other women in her family.But MK’s plans are run through the shredder when she finds herself working for William Cumberland, a British media mogul who made his fortune with Connectivity, a social media site. William blows into Chicago just like the winds off Lake Michigan and purchases the group of networks MK works for—and makes her his personal assistant in the process.Suddenly MK finds her career plans in jeopardy. William makes her question everything she has ever thought and has the uncanny ability to see right through her. And for the first time in her life, MK finds herself not only questioning what she wants for her career but for her personal life as well…

William takes off his suit jacket and tosses it onto the back of the desk chair. We look at each other for a moment, and I wonder if his pulse is racing like mine is right now.
He sinks down onto the couch next to me and I can’t help but think I am the luckiest girl in the world right at this moment.
“William, thank you so much for tonight,” I say, staring at him. “I feel incredibly lucky.”
“Lucky?” William asks, his eyes searching mine.
I nod. “That I got to have this amazing experience in London,” I say softly. “I had the dining experience of a lifetime. I got to sit in this gorgeous restaurant and have this incredible conversation and meal. But most of all, I’m lucky because I got to share this experience with you. I wouldn’t want this experience with anyone else, William.”
I watch as his blue eyes take in my words. Then I see it.
The intensity is there as he looks at me.
And I know the moment has come.
William leans in closer to me.
I can’t breathe. My heart is racing faster than it ever has in my life.
“Mary-Kate,” William whispers, “I know it is probably most inappropriate for a boss to kiss his assistant.”
“Yes,” I whisper back, my eyes never leaving his, “It probably is.”
I watch as William lifts his hand. He hesitates for a moment, and then ever so slowly, brushes a finger against the side of my face. Every nerve I have jumps the second his warm skin makes contact with mine.
“With that being said,” William whispers sexily, his eyes searching mine, “I am asking if I can kiss you.”

Giveaway:
***This giveaway is provided by the author via the tour hosts