Hey guys! I'm really excited to share one of my favorite books of the year with you and a giveaway. Trust me when I say this is a MUST READ if you love feely books. It had me up several nights until 2 in the morning because I couldn't put it down. It will take you through every known emotion there is and have you crossing your fingers for a happy ending. Laura has sent me some info and the book to share and some of chapter one. ENJOY and make sure to enter her giveaway!!

(These were pretty much  my emotions the entire book because I really didn't know which way things would go....ever) 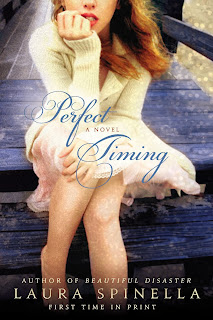 A book and a giveaway guaranteed to rock your world—okay, at least tilt your axis a bit. What’s a Jersey girl to do when she moves to Catswallow, Alabama? Isabel Lang finds the answer in friendship, an unlikely bond with the musically gifted Aidan Roycroft. The two share everything from a first kiss to startling family secrets. But when Aidan is accused of a violent crime, the inseparable pair flee to Las Vegas. The move seems like a jackpot win as romance ignites and Aidan is offered the deal of a lifetime. But Vegas luck doesn’t last when circumstance interferes and Isabel’s future comes tumbling down.

Seven years later the past is history. That includes any yesteryear bond with Aidan Roycroft—an entity better known as Aidan Royce, Alabama’s own Springsteen. Isabel is busy running a radio station and closing in on a commitment with Nate Potter, a guy who defines ideal. Life seems cozy until new station management demands a sudden-death ratings grabber.  It puts everyone’s job on the line and Isabel's perfectly timed future in jeopardy. What should be a simple solution leads to a stunning revelation as Isabel is forced to call on the past and the only rock star she knows.

By the way AIDAN is SOOOOOO *swoony* ♥♥

There was nothing enticing about waking up to a three-hundred pound man who smelled faintly of cheese—even if he was a silver-tongued veteran.  Worse, he’d managed to utter the name Aidan Royce before Isabel could untangle mascara-laced lashes, prying open an eye.  Her hand groped for the volume as radio DJ Chip Wrangle wrapped things up, Isabel hearing a velvet-timbre mention of the Grammy winning, mega selling music icon.  But that couldn’t be right, she wagered, sitting upright.  “Hey, did he just say—”
Rico ignored her, responding to the DJ’s voice as he always did, lazily stretching and vacating the bed.  Isabel cocked her head at the radio.  As the content manager for 98.6—the Normal FM for Easy Listening, she’d put a firm moratorium on celebrity gossip. But the aromatic Chip made no other reference, moving onto their Monday morning salute to the 60s.  “Just a dream,” she said, flopping back onto the pillow. A hazy gaze floated upward, Frankie Valli and the Four Seasons crooning Walk Like a Man as Rico and his virile gait disappeared into the kitchen. He insisted on his breakfast and she rolled into reality, yelling, “I’m coming!”  The two had met while Isabel was vacationing in Key West, Rico a refugee she’d picked up near the Hemingway house.  He was the definition of machismo, excessive manliness an inbred trait.  Dangling her noticeably more feminine legs over the side, Isabel tucked a thick thatch of hair behind her ear. She did a fast double take of the radio before rising. On her way out of the bedroom she grabbed a robe and a glance in the mirror. “Oh, good gosh!  Seriously?” She wet her fingertips, only managing to smear a smudge of mascara, doubly relieved that it was just Rico.
Following the sounds of his disgruntled demand, before daring to fill a coffee cup, Isabel set about preparing his breakfast. But she did turn on the television as she passed through the living room. There she picked up a telltale trail: necktie, camisole, sport coat, flouncy skirt, undershirt, one black high heel. She brushed by an empty wine bottle, a mediocre merlot that had instigated last night.  Rico called again, squashing an amorous visual. “Enough already!”  There was a death stare in the kitchen where two sets of cat green eyes pulsed.  The TV blared.  Just to make her point she smiled and hesitated.  “Say again? Matt Lauer is drowning you out!”  But it was smell, not sound, that dominated as odor penetrated from beneath a popped tin top.  She couldn’t deny him, even as she gagged, Rico’s cries morphing into a loud purr, rubbing lovingly against her leg.  She set the bowl of stinky fish on the floor, scratching a tufted ear as he gobbled hunks of vacuum packed sardine. “Bueno, Rico?  Si, bueno,” Isabel said, having mastered a couple of words in what she assumed to be his native dialect.
From her squatted position Isabel listened.  She waited for national media to repeat local radio news and confirm that Aidan Royce was, in fact, dead.  It was the only fathomable reason for it to have made the 98.6 morning host chat.  Not dead, as it turned out.  Just under arrest.  Rico wriggled out from ardent strokes as Isabel absorbed Lauer’s words about Aidan Royce and a high speed chase, driving drunk, and assaulting an officer.  She flipped him off, stalking back to the bedroom. 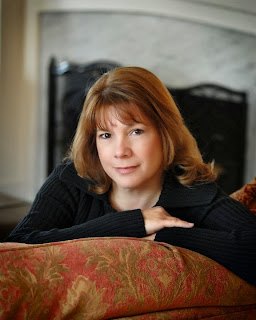 NOW for what you have all been waiting for:

Giveaway:
This giveaway is provided by the author, all winners will be sent to her for prizes.

I will still be checking entries for any cheating, if you cheat all your entries will be disqualified.
Only ages 13+ may enter
US/Canada Residents ONLY