Every Wednesday I'm going to be featuring an author that I think you should be watching. I hope to be able to snag an interview with them as well. :)

This week my guest author is Mary Waibel. I'm talking to her about her books Quest of the Hart and Charmed Memories. Mary has also provided us with some blurbs from the books and a chance to win an eBook copy of one of her books. Thanks Mary!

Here is a little info about Mary: 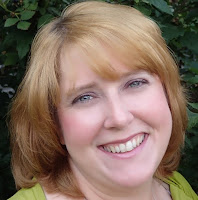 Quest of the Hart 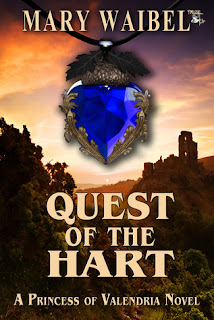 A reverse Sleeping Beauty tale where the princess goes on the quest to save the prince.

Princess Kaylee has never had to fight for anything. Her entire life has been arranged, even her marriage. But when Prince Devlin falls under an enchantment, she finds she is willing to do anything to save him, even if it means fighting a dragon.

Devlin's own sister, Princess Arabella, is behind the deadly plot. She wants the throne and will use any means necessary to gain it. Her perfect plan unravels, leaving Devlin caught in a magical sleep that is slowly spreading through the kingdom of Breniera. All Arabella needs to finish her spell and claim the crown is a drop of Kaylee's blood, but obtaining the single drop is proving more difficult than expected.

To save her betrothed, Kaylee embarks on a quest to find an ancient sword and gather a drop of dragon's blood, while trying to stay out of Arabella's traps. But Arabella's traps aren't the only danger. Time is everything. For once the last inhabitant of the kingdom falls asleep, the spell will be sealed, and not even true love's kiss will break it. 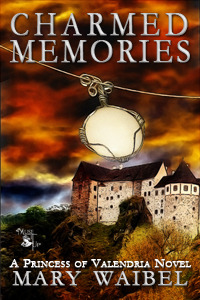 A prince vows to prove the girl he loves is his missing princess by recovering her lost memories.

Prince Trevor has always placed duty to his kingdom above the desires of his own heart. But when his betrothed is lost at sea, he finds himself torn between honor and love.

After four years of searching for the missing princess, he begins to secretly long for Lady Bri, the Woodland Guide he works with each day. But the law says he must marry a princess, and Bri is barely a noble.

When Trevor learns that Bri shipwrecked at the same time and place as the princess, he begins to believe he has finally found his bride-to-be. But his happiness is short lived. Bri has no memory of her past, and the princess wasn't the only girl who disappeared from the ship.

Desperate to prove Bri is his princess, Trevor unwittingly places the two of them in grave danger. Buried in Bri's memories are deadly secrets someone wants kept from the light of day, and learning who she is may cost more than either is willing to pay.


Q: What made you want to be a writer?

A: As a kid, I had a difficult time falling asleep, so I would spin stories in my mind. Eventually I wrote down some of what I'd been thinking and the journey began.

Q: What else are you passionate about, outside of writing/reading?

A: I'm a crafter. I dabble in jewelry making, quilting, sewing. I also like to bake (although I haven't done it so much lately!)

Q: What was the inspiration behind Quest of the Hart?

A: A friend told me I should write a story where the girly-girl saves the guy. I loved the idea and Quest was born. The rest of the PRINCESS OF VALENDRIA series flowed out of that first book.

Q: Do you have any more books in the works?

A:  Charmed Memories, the companion novel to Quest, just released in August, and I just signed a contract for Different Kind of Knight, the third book in the series. It will release winter 2013/14. I'm working on a YA paranormal fantasy with sorceresses and faeries, a YA contemporary with a girl-goalie, and another YA fantasy trilogy with more of a D&D feel to it. Oh, and I'm plotting a fourth book for the Valendria series-a redemption story for Arabella.


Q: Who was your favorite character to write?

A: So far, it's Prince Broderick (aka Brody). You first meet him in Charmed, but Different Kind of Knight is his book.

Q: Tell us about some of the swoon-worthy guys in Quest of the Hart and Charmed Memories.

A:  In Quest,  you have Prince Devlin (who sleeps through most of the book- not a spoiler, really. He's the one Kaylee is saving!) and Thallen, one of the king's guards. Devlin is not only handsome, he has a good heart. Thallen is loyal to a fault- something Princess Arabella (the villainess) uses to her advantage.

Q: Trip to Vegas or to the Mountains?

A: As much as I really want to see Vegas some day, I have to say the mountains call to me more.

A: Both. Love me some Sour Patch Kids or Warheads, but also like my chocolate!

A: Both. Although, I have to confess I love e-books as I can take as many books with me as I want. With physical books I was always limited by the space available.

You can find Mary on:

You can purchase Quest of the Hart at:
MuseItUp Publishing
Kobo
Amazon
B&N
iBooks


Thanks so much Mary for the interview!!

Now for the giveaway. Remember that you can tweet once a day for extra entries. If any form of trying to "cheat the system" is caught you will be disqualified. You have 1 week to respond to the Winner's email then I will choose a different winner. You will get a choice between either one of Mary's book for the prize. GOOD LUCK :)

a Rafflecopter giveaway
Posted by Unknown at 8:00 AM