Every Wednesday I will be featuring an author that I think you should be watching. I hope to be able to snag an interview with them as well. :)

This week my guest author is Melissa Petreshock. I'm talking to her about her Stars and Souls Trilogy. I will actually be doing a two part interview with her. This one is about her in general and her writing. Next Wednesday come back and learn more about her characters and what I thought about her book. Thanks for taking the time you do the interview with me Melissa. ♥ 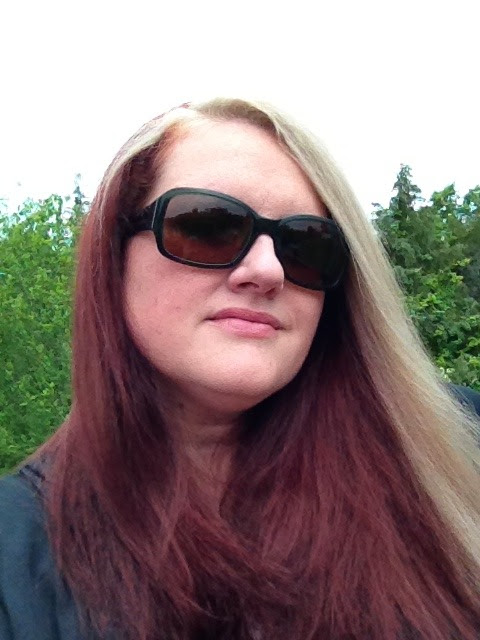 Here is a little info about Melissa:


When not inhaling or exhaling words, she subsists on unnatural doses of coffee, sarcasm, and music. Melissa can often be found singing and dancing around her house or randomly doingZumba routines, if not playing Wii Just Dance with her kids. She also fangirls The WalkingDead, Game of Thrones, Falling Skies, and True Blood like a total freak.
Spending most of her time weaving myths, reality, and imagination into a fantasy of dragons, deities, vampires, and elves in a world she created, Melissa often forgets she lives where there are no dragons or faeries in the woods surrounding her house. (But she never stops hoping...)

Stars and Souls Trilogy is a New Adult fantasy/paranormal romance set in a world filled with shapeshifting dragons, a powerful demigod, an ancient vampire monarch, and a sassy human chick keeping them all on their alpha male toes.

In 22nd-century sovereign America, archaic laws declare 21-year-old Caitriona Hayden a neglected dependent following the death of her uncle, landing the sassy and self-reliant high society young woman in the midst of a trio of quintessential alpha male suitors in a world where human females should be seen and not heard.

Theo Pendragon claims her as his ward, ordained to guard her through to a long-awaited destiny unbeknownst to Cait, but finds more than he expected when passion ignites within the dragon for the first time.

Always drawn to the pursuit of knowledge rather than the heat of desire, powerful demigod Dante cannot deny everything his future holds in Caitriona.

America's monarch, ancient vampire Corrin, has no interest in the frivolity of love, yet marryingCait could be the answer to his continued survival.

Thrown from studying for college exams to facing matters of life and death, eternity and destiny, loyalty and love, revenge and deception, Cait must choose a husband knowing the consequences are eternal, the love undying, the bond timeless.

Blood of Stars and Gods… Blood saves. Blood lies. Blood runs between sacrifice and gain.
In progress. Release to be determined.

Q: Is being a writer a dream you have always had?

A: YES! Without a doubt, this is what I wanted to be from the time I first started writing creative stories when I was around 12. I had some incredibly encouraging English teachers as I got older, and my sophomore year of high school, Mrs. Laura Bolton told me that she believed I had the talent it takes to be a published author one day. It would be amazing to track her down and tell her I’m doing exactly that now.

The difficult part for me was finding the time to pursue the dream. Life doesn’t always make such a thing simple. I spent most of my adult life so far being a mom and a wife, not thinking about my own dreams, supporting what they wanted. Things worked out finally for my husband to be able to allow me to stay home full time while I do the mom and writer thing full time.

Q: Did you go to school for anything to help you with your career in writing?

A. The school of life has been my greatest learning experience for becoming a greater writer. I never went to college, though I encourage all three of my children to do so. Aside from being a writer, I’ve mostly been a wife and mom, but I’ve had stints as a third shift nursing assistant, accounts receivable clerk at a trucking company, in-home daycare provider, telemarketer for a cemetery selling burial plots, in-school detention instructor, and a school bus driver… Not necessarily in that order, none for any particularly long period of time. I’ve seen and done many things. I’ve lived in the country, suburbs, and city. I’m a firm believer that regardless of your education, nothing teaches you more than living and experiencing. You’ll write better worlds and characters if you’ve lived a broader life, viewed the world outside your corner and met all kinds of people.

Q: What would you be doing if you weren't a writer?

A. I enjoyed theater and musicals in high school. If I had gone to college, it’s not crazy to think I might have attempted to pursue something in that realm of a career, butrealistically, I probably would have studied English and been an English teacher. If life never saw fit for me to do the college thing, I’d probably become involved in the Suicide Prevention program for high schools/middle schools. Even with success as an author, I want to use whatever influence I might have to be an advocate for suicide prevention programs and the importance of recognizing depression in adolescents. It’s something very important to me personally.

Q: What is your biggest flaw when it comes to writing your books?

A: I’m terrible at time management. It takes very little to get me sidetracked. When I am completely immersed in writing, I am nearly impossible to get OUT of the groove and shut out everything around me. A tornado could tear through me house, and I would be completely oblivious. Basically, I have no middle ground. I’m either all out ADD or all out OCD, but that’s it. I’m all or nothing. Either I’m cleaning house and cooking dinner because I’ve got writer’s block, or my house is falling apart, and we’re eating peanut butter sandwiches while I’m knocking out chapters.

Q: Where is your favorite place to write?

A: In my bedroom, on my bed. I even have a cool zebra-print lap desk for working on. I love it. If for any reason I can’t work on my bed, I work at my dining room table. The problem with working outside my bedroom is that I have three children (9, 12, and almost 18), and have a house with an open concept floor plan, so there is just no way to avoid the noise and interruptions. Plus, I have five cats in my house. The only way to keep them from climbing all over me and my laptop is to shut myself in my bedroom with the door closed between them and me.

Make up or No Make up?

No Make up (for dressing up nice, I do mascara and lip gloss)

Casual 90% of the time, as in I’d live in my PJs or yoga pants, but I also have a penchant for dresses and skirts when I am running around places outside just the little town I live in.

Oh, I told my oldest daughter about this one, and she immediately said “bad boy”. Me, I like the sweet guy with the bad boy past, the one who’s turned around but you know has that edge in him. Maybe that’s part of why I like Dante… He has a dark past despite how sweep-you-off-your-feet sweetly romantic he is by the time the book is set. 3000 years before, he was the baddest bad boy you can possibly imagine. ;)