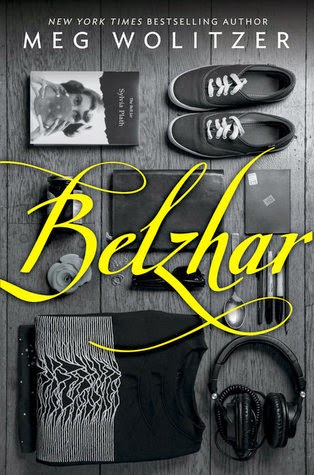 
If life were fair, Jam Gallahue would still be  at home in New Jersey with her sweet British  boyfriend, Reeve Maxfield. She’d be watching  old comedy sketches with him. She’d be kissing  him in the library stacks.She certainly wouldn’t be at The Wooden Barn, a therapeutic boarding school in rural Vermont, living with a weird roommate, and signed up for an exclusive, mysterious class called Special Topics in English.But life isn’t fair, and Reeve Maxfield is dead.Until a journal-writing assignment leads Jam to Belzhar, where the untainted past is restored, and Jam can feel Reeve’s arms around her once again. But there are hidden truths on Jam’s path to reclaim her loss.From New York Times bestselling author Meg Wolitzer comes a breathtaking and surprising story about first love, deep sorrow, and the power of acceptance.

Going into Belzhar I honestly wasn't sure what I expected but the story ended up being so much more than I thought. All the characters were truly intriguing and had these really interesting pasts. I really like Jam, the main character, and her journey was the most interesting of all. The entire reason why she is at The Wooden Barn is kept very vague for a while in the book, besides knowing that she lost her boyfriend, so it really had me intrigued and caught up in trying to figure out what happened. I did start to put a theory together about halfway through (which turned out to be right) but the story still kept me thinking maybe I was wrong, which I really liked.

The concept of Belzhar itself was so unique. I really liked how Wolitzer took THE BELL JAR (which I have never read but want to now) and made it part of the story by doing such a unique thing with it. It was one of my favorite things about this book. I'm also really into books that touch on emotional or psychological issues in general so this was right up my alley, and what initially made me want to pick it up. It also has quite a twist towards the ending that I think a lot of people won't be expecting, it was something that made it even better in my opinion.

While I really enjoyed most of everything in this book there were a few cons I had that just couldn't be ignored. One was the way Jam puts things together about Belzhar. Here she is with pretty much no information about it and she guesses things and just decides they are correct. I really would have liked her to have something more solid than just assumptions. Another problem I had, and I'm just really picky with this type of stuff in general, were the relationships between some of the characters. I'm talking friendships and romantic relationships. I feel there was a lot of telling and just making things a certain way, but lack of build up or showing. It made some of it feel kind of forced to me. Examples of those relationships that I was mainly bothered with were- Griffin and Jam, and then the friendship between Sierra and Jam.

Overall I really did enjoy this book, I think it will one that most people enjoy. It has the angst factor, deep issues, a lot of unique twists, and interesting characters. This is definitely one I would recommend to any YA reader!