(Don't You) Forget About Me by Kate Karyus Quinn

**Thank you Harper Teen for providing me with this eARC via Edelweiss in exchange of a honest review. 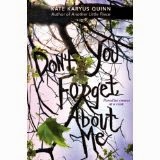 Welcome to Gardnerville.A place where no one gets sick. And no one ever dies.Except...There’s a price to pay for paradise. Every fourth year, the strange power that fuels the town exacts its payment by infecting teens with deadly urges. In a normal year in Gardnerville, teens might stop talking to their best friends. In a fourth year, they’d kill them.Four years ago, Skylar’s sister, Piper, was locked away after leading sixteen of her classmates to a watery grave. Since then, Skylar has lived in a numb haze, struggling to forget her past and dull the pain of losing her sister. But the secrets and memories Piper left behind keep taunting Skylar—whispering that the only way to get her sister back is to stop Gardnerville’s murderous cycle once and for all.

Okay so let me show you my Goodread's reading updates to start off with...

As you can see I started off HIGHLY confused but then I really started getting more into this book, which got me all sorts of excited because that's exactly what I was looking for. I really love weird books and I had been told Quinn's writing was really quirky plus mystery and magic I was completely sold! But then you see that little 64% mark? That was when I entered "what the heck is this mess because I sure hope I didn't stay confused THAT long for THIS!" 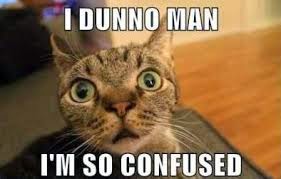 What I left out on my updates is my last one, that one I saved for twitter. Then one that came at around 1 in the morning, because I stayed up sure that this really EPIC ending was going to happen because almost everyone I know just LOVED the ending, but it DIDN'T! I was left with more of.... 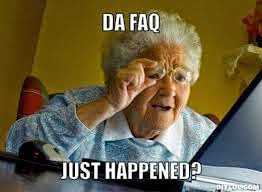 Seriously, that was me...I will forever be in a state of confusion and what the hell after that book. It's not that I didn't understand the ending, because I did. I just was at the point that I didn't care too much by then and so when I get this "revelation" it wasn't exactly the epicness I was hoping for.

The story was interesting enough though, even intriguing at times. I got caught up at times and it was really fast paced. It's definitely something you can sit down and just read the whole thing at once, that is if your brain doesn't hurt like mine did while reading. I will say that I had some theories, some were close, but I never did quite hit the nail on the head. For that Quinn is awesome. She can definitely write a book that confuses the heck out of someone. Some people might like a book that is one gigantic puzzle of confusion, I on the other hand, like to have a good mystery but not this much "mind boggling what the heck is going on around here" type thinking. It literally made my head hurt, and I'm just not for that. There was also a little romance going on that I saw coming and I just couldn't even get on board with that. I could have definitely used more background for everything going on in the book too. There was some just nothing overly in depth so it didn't really help me out too much.

Recommended for people who like their mind to be messed with....majorly.