I'm so excited to be able to help in revealing Aven Ellis book cover for her upcoming novel Connectivity. The cover has such a romantic feel and it is just gorgeous. :) 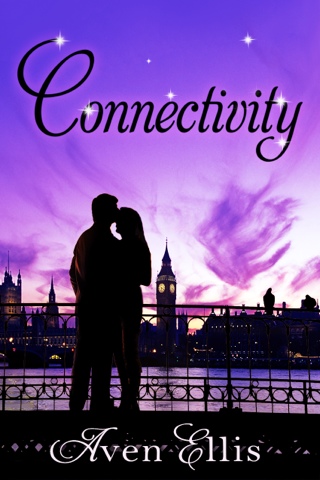 Connectivity—Available October 23, 2013
Overachiever Mary-Kate Grant (who is indeed named after an Olsen Twin) has followed every rule to the letter to pursue her dream of working in TV programming.  Ripping a page from the “hard work pays off” playbook, she takes an assistant level job at a Chicago sports network to break into the industry.
MK has no time or desire for a relationship right now—she is totally focused on her career and being independent, unlike the other women in her family.
But MK’s plans are run through the shredder when she finds herself working for William Cumberland, a British media mogul who made his fortune with Connectivity, a social media site. William blows into Chicago just like the winds off Lake Michigan and purchases the group of networks MK works for—and makes her his personal assistant in the process.
Suddenly MK finds her career plans in jeopardy. William makes her question everything she has ever thought and has the uncanny ability to see right through her. And for the first time in her life, MK finds herself not only questioning what she wants for her career but for her personal life as well…

Visit Aven on the web